A house that grew and grew…

Part of the reason that Guyers House Hotel & Restaurant has such a friendly, homely atmosphere is that it was never intended to be a stately home. It’s just a home that grew as people fiddled with it through the centuries.

Queen Elizabeth did not sleep here and nor to our knowledge did anyone else of note before we became a hotel! 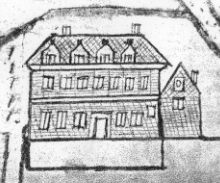 Guyers House started modestly as a farmhouse one room thick built in about 1670 by a Mr. Snelling, who named it Snellings after himself. This sketch shows what it looked like then.

In about 1830, by which time it had been rebadged as Guyers, the house was gentrified by attaching a completely new set of rooms with a smart Georgian facade to what had been the back of the house. At the same time another storey was added to the original house to make bedrooms for servants and the original front door was demoted to the tradesman’s entrance.

In late Victorian times a further extension was made and shortly after the First World War the lively new owners created a ballroom by joining the house up with the barn.

In 1994 the original front and courtyard was restored as the main entrance. They also converted the stables into a panelled bar, renovated the coach house and built the orangery, and a Bath stone courtyard of bedrooms using stone from the same quarry as the original house.

At the same time the restoration and extension of the garden was begun with the laying out of the yew walks and lawns and borders which make the garden such an attractive feature of a stay in the hotel. 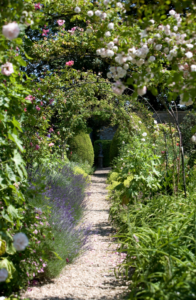 The walled kitchen garden and the orchard now yield vegetables, herbs and fruit for the restaurant. Long lengths of natural hedges on the outlying parts of the grounds and many oak, beech and other trees were planted to encourage wild birds.

For many years, the garden was opened to the public under the National Gardens Scheme and we are regularly visited by garden clubs and groups. Most of the bedrooms have a view of the garden and a stroll around is an aid to appetite and digestion.

Guyers House Hotel & Restaurant opened as an AA 3 star hotel in 2011 after having hosted weddings and conferences for many years and has already acquired 2 AA Rosettes and a Tripadvisor Certificate of Excellence.

All of us here hope you will enjoy your stay!